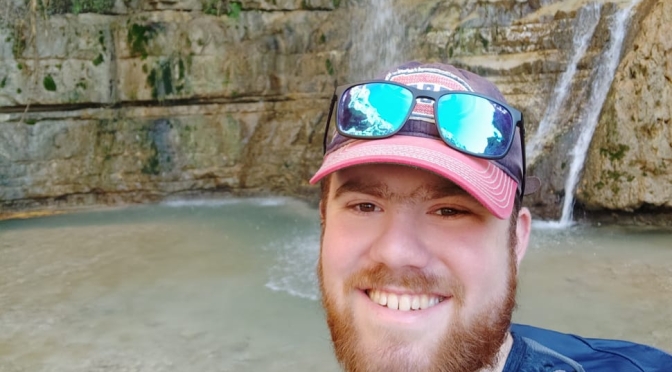 My name’s Natan Bessner. I’m 23, and I made aliyah in August 2015 from Montreal after spending a year at a yeshiva in Jerusalem. That summer Operation Protective Edge broke out, and the disconnect upset me. I decided to return to Israel ASAP. Growing up I went to a Zionist school, took part in Bnei Akiva, and my parents always fostered the importance of the Jewish State. All of these reinforced my need to get back.

After a year of college, I made Aliyah to Jerusalem to be back in yeshiva while dealing with my draft. Due to being a Type 1 Diabetic, I was initially given a profile of 21. This means exemption from service. Submitting loads of medical documents and many visits to the Jerusalem and Tel Aviv draft offices raised my profile to 25. This allowed me to volunteer in a non-combat position. I drafted in November 2016 and served with an elite combat unit in the West Bank for my entire enlisted service. After this, I signed on for an additional year in the Artillery Corps. My proudest moment would be when I got the award for being one of the top soldiers in my platoon. Suppose I were able to serve in any unit. In that case, it’s a toss-up between Yahalom (the elite engineers), Duvdevan (counter-terror and under-cover operations in the West Bank), or Shayetet 13 (similar to the Navy Seals).

I’ve been living in Jerusalem since I’ve made Aliyah. It’s relatively central to everything, and I have family members who live in the city. Having made Aliyah and only having worked odd jobs, there wasn’t really any career transition, the army being my longest term job. The army does provide a pension plan for career soldiers, which I am now considered, so I do receive that for the time I have remaining in the army. Not really the longest-term plan, but it’s a start!

A couple of tips I’d give to people considering Aliyah: thoroughly research the rights that come with Aliyah and be open to people correcting your Hebrew. It cracks me up how far I was from getting words right.

Overall I’m very happy with my Aliyah. I’ve met people from all over the world and experienced things I don’t think I’d experience anywhere else!