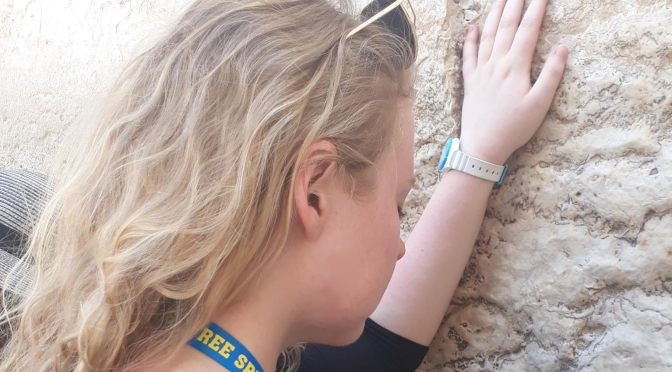 Technically my first time at the Kotel was in 2002. I was six years old and don’t remember much from the experience. I do remember it being very crowded, my mother had my brother and I wearing harnesses that resembled dog leashes so that we wouldn’t be separated. But this isn’t the topic of this post. No, my first true experience at the Kotel was during my Birthright trip in 2018.

At the beginning of the trip, we had stayed in and explored Israel’s northern part of the country. We took a bus to Jerusalem on a Friday, and immediately you could tell Jerusalem was different than any other place in the world. The air was crisper, almost sweet despite car fumes and plenty of cigarette smoking courtesy of the locals. It’s hard to describe the feeling. It wasn’t really a physical sweetness but a spiritual one. And I’ve only ever had this feeling in Jerusalem. We toured the Old City and slowly arrived at the steps to the Kotel in the Jewish Quarter. As we got closer, the sweetness intensified, as did my anticipation. The air became still and quiet; the only sounds were coming from people’s conversations. I washed my hands and then eagerly made my way through to the women’s section of the wall.

I was in awe I was actually there, that I had finally returned after 16 years. I put my left hand on the stones and was immediately overcome with emotion. I thought about the thousands of years the Jews have been in exile: hoping, praying, and dying waiting to return to Jerusalem. About my family’s journey; and my own path to return. All of the struggle and hardships in the world, war, famine, and illness. I prayed for peace in Israel and the rest of the world. That Israel’s soldiers would be kept safe. That there would be no more sickness in the world, no more pain or suffering. That we would be free to live Torah lives without fear. That we may all return to Israel soon. And I begged Him not to make me wait another 16 years to return.

It was then that I experienced something extraordinary. I felt a connection to the land, and I could feel the souls of every Jew: past, present, and future. And the land itself was calling all of us home. I cannot adequately describe this experience, and I may even sound crazy. All I can say is I’ve never felt anything like it and probably won’t experience it again. As for my prayers, I could feel that everything I had asked for would happen soon. At the time, it had felt imminent, like it could happen the next day. But Hashem is infinite, and “soon” is relative to Him. Fast forward two years and these things have yet to occur. But I believe we are close to the redemption era, and eagerly anticipate its arrival. For now, I will continue to visit as often as possible; until I can finally say “נס גדול היה פה– a great miracle happened HERE.” 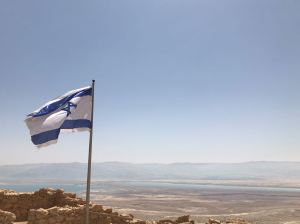